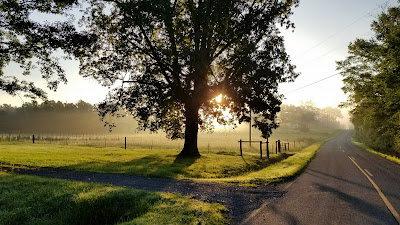 Jeremiah 29:11
For I know the plans I have for you,” says the Lord.
“They are plans for good and not for disaster, to give you a future and a hope.”
This summer, Lord willing, I will reach an interesting milestone.
Eight Years.
Eight years I will have served as the pastor of Pleasant Grove United Methodist Church.
Eight years I have lived in the home in Cohutta we affectionately call "Mullis Farm".
Eight years is also the longest I have ever lived in one place in my whole life.
As a child, I was born in Prince Fredrick, Maryland.
I lived five years in a little white house in North Beach, Maryland
a few blocks from the Chesapeake Bay.
We moved to Silver Springs, Maryland where I lived in the shadow of Washington D.C.
for a year and a half.
Then we made the exodus south from Maryland to Georgia
and lived in a home in Macon for three and a half years.
Then we moved to another school district in Macon
where we lived on Vinson Avenue for
Eight Years
until I graduated high school and moved to Marietta, Georgia to attend college.
A dorm room for one year.
A small apartment with college roommates for one year.
Married the woman I love in 1994 when I was twenty-years-old.
Moved to another small apartment for a four year stint.
Graduated college and moved to another small apartment in Lithia Springs, Georgia.
Our first child was born.  A chubby little boy with OCD who liked to sort things.
I answered the call to ministry as an itinerant United Methodist pastor in 1999.
i·tin·er·ant
(adjective)
definition:  traveling from place to place


Our family called yet another apartment in Lithia Springs home for two more years
while I was a youth minister and associate pastor.
We had another child.  A curly headed brunette girl.
We moved to Griffin, Georgia and lived in an old church parsonage for two years.
Then we moved to another church and parsonage in Forsyth, Georgia
where we lived for five years.
We had our third child, a blonde-headed girl with a sunny personality.
Then, in the summer of 2010, I was appointed the pastor of
Pleasant Grove United Methodist Church in Dalton, Georgia. 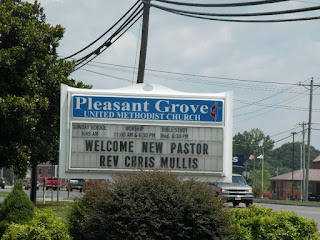 We moved from middle Georgia to northwest Georgia.
With a housing allowance provided by the church,
we purchased a house out in the country in a place called Cohutta. 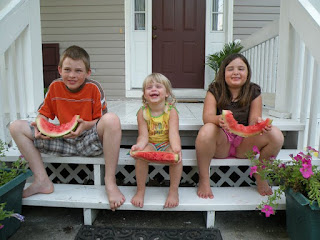 It was the first house I ever owned.
It was the first time I could paint the walls whatever color my wife wanted or
build a chicken coop in the backyard
or raise a hog or turkey for food
or own a herd of dairy goats
or hand-build a log cabin in the woods behind the house
or have as many dogs and cats as a I wanted
without the permission of a landlord or the church trustees.
On June 24 this year, Lord willing, it will have been
Eight Years
since I moved to this beautiful community.
I will then enter into unknown territory for me.
I've never done this before,
never lived in a place beyond eight years,
but I have thoroughly enjoyed the last
Seven Years, Three Hundred and Twenty Six Days
I have lived here so far.
I have met wonderful people, gotten to know them, built some deep relationships,
felt welcomed and loved, faced challenges and adversity, overcome,
raised a family, grown as a person,
loved a congregation and my community
for longer than most United Methodist pastors have the privilege
(5 years is the average in my denomination)
and I have been part of God's amazing kingdom work here so far.
I am ready!
and I am excited!
to see what it's like to live and serve God in a community beyond
Eight Years.
This is going to be another exciting adventure as I walk with my Lord.
I would love for you to be part of the adventure!
Come worship the Lord with me, my family, and the people at PGUMC!