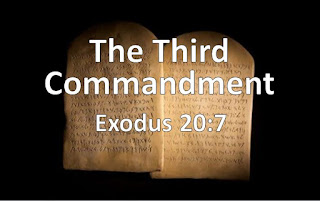 
Introduction
This summer, I would like to challenge you to memorize the Ten Commandments.  Then, come to Pleasant Grove UMC each Sunday (or read this blog each week) to learn how the commandments apply to your life.  We will study one commandment each week.
There are 613 laws in the Old Testament of our Bible.  The Ten Commandments are the essence of them all, distilled down to ten easy to remember commandments that cover every area of life.  We know they are very important because they were written by the very finger of God (Exodus 31:18) and Jesus quoted them regularly as he taught.  Unfortunately, most people--even Christians—do not know or understand the Ten commandments.  So…

7 “You must not misuse the name of the Lord your God. The Lord will not let you go unpunished if you misuse his name.”


This verse makes two main points.  First is the commandment itself: “You must not misuse the name of the Lord.”  Or as a more traditional version puts it, “Thou shalt not take the Lord’s name in vain.”  Or as I put it in my own words, “Do not misuse the name of the Lord.”  The second part of the verse is pretty clear.  The Lord will not let you go unpunished if you misuse his name.  I think we can understand that.  It means we better not break this commandment or you will be punished.  So, I think it is vital that we understand the commandment so we can avoid breaking it, right?  So what does it mean to misuse or take the Lord’s name in vain? 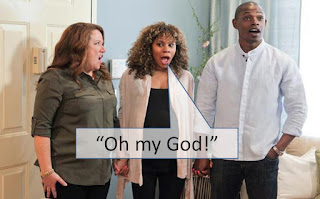 Here are three stories of misusing the Lord’s name.  First off, I was watching a show on HGTV where they renovated a family’s home and then brought the family in to surprise them with the results.  The remodeled home was beautiful and the family was thrilled with the results.  As they gave the family the tour, each time they entered a new room, the wife exclaimed in delight, “Oh mu God!”  It was as if she could find no other way to express her surprise.  “Oh my God!” poured out of her mouth over nad over again each time she entered a room.  Saying “Oh God!” in such a way would be considered misusing the Lord’s name. 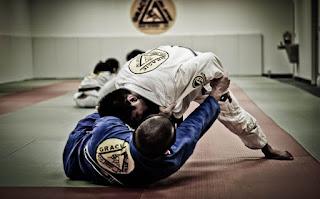 My second story took place where I practice jiu-jitsu.  My jiu-jitsu class is a mixture of many different kinds of people—some who are Christians, some who are not, some who attend church regularly and some who never attend church.  Well I was rolling one day (that’s what we call it when we are wrestling or practice fighting with an opponent in class) and I defeated my opponent by twisting his arm until he tapped out (or gave up).  (That’s how you win a jiu-jitsu match.)  My opponent was frustrated and expressed his frustration by cursing, “@#$%!”  Remembering that I was a pastor, he quickly apologized and said that’s what he does when he’s frustrated.  Some people consider cussing a form of misusing the Lord’s name. 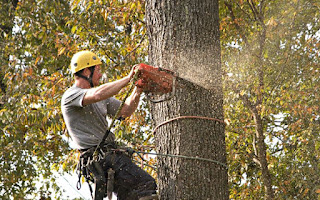 My last story came from a Mary Helen Speights.  She once hired a Christian man to remove a rotten tree from her yard.  He removed the whole tree except for the trunk, which was too large for the chainsaw he had with him.  He promised he would return the next day with a larger saw and remove the trunk.  Donna had already paid him for the work, but this “Christian” man (who readily advertised his business as a Christ-centered business) never returned.  It has been years now and this “Christian” has never returned to finish the work as he promised.  This is also considered misusing the Lord’s name.


The Three Most Common Violations
Each of these stories is an example of what many people would call misusing the Lord’s name.  Let’s look at each one.  First, there is using God’s name in a trivial way—such as saying “Oh God!” or “Oh my God!” or even “Jesus!” to express excitement or exasperation.  This way of using God’s name has become so commonplace that many do not realize it as a problem.  However, in Jesus day, you weren’t even supposed to speak God’s name.  Many people would not even write it—choosing instead to refer to God by the title Lord instead.  The Old Testament Law in Leviticus chapter 24 stipulated that speaking God’s name in the wrong way was punishable by stoning.  In fact, this was the sin for which the religious leaders sentenced Jesus to death on the cross.  If we held to that standard, people in Dalton, GA would be stoned to death every day.  Unfortunately, it is even a bad habit I am guilty of from time to time.  I need to work on this.
Using God’s name in a trivial way is something we should not do.  It is a bad habit that desensitizes us to the Holiness of God.  Instead, we should remember that God is holy and good and we are mere mortals that should hold God in reverence, respecting God and His name.  So if you struggle—as I sometimes do—with this bad habit, I encourage you to do better.  Even so, I don’t think this is the worst way we misuse God’s name.  Let’s look at the second way people are accused of misusing God’s name.
The second way we accuse people of misusing God’s name is when they use profanity (or when they cuss).  Technically, this is not really using God’s name in vain, because you are not usually using God’s name at all (unless you are saying “G-- D---”).  Profanity is really not what the Third Commandment is addressing.  However, there are other places the Bible teaches us not to use profane language.
I would add that these verse speak to more than just “curse words.”  God wants us to use wholesome words, and even more important, wholesome ideas that build up and do good.  You might never say an obscene word in your life, but if you express perversion, malice, slander, or words that tear down or lack grace, you are not doing the will of God, regardless of how pretty your words may sound.  An evil tongue sometimes drips with honey, but it is still evil.  So let’s agree not to use profanity or even profane ideas that tear down rather than builld people up in love.  If you struggle with this, ask the Lord to help you break this habit.
There is a third way we misuse the name of the Lord, and I think it is the worst of all.  It is when we invoke God’s name or reputation for our own selfish purposes.  You see, the term “The Lord’s Name” doesn’t just mean His common name.  The Lord’s name is his reputation.  That’s what we mean when we say the Lord’s prayer.  What do we say, “Our Father, who are in Heaven, hallowed be thy name…’  The expression hallowed be thy name means—may your reputation be honored and exalted.

Quite often in our society, people will affiliate themselves with the Lord’s name (or His reputation.)  For instance, you might see a car mechanic with a fish symbol on the sign of his business.  The implication is, “Look, I’m a Christian mechanic.  You can trust me.  I won’t cheat you.”  And that’s a good thing if you need someone to work on your car, right?  You don’t want to be cheated.  You should be able to trust that guy, because he’s a Christian.
Now, there’s nothing wrong with that.  But if you are going to use God’s name (or reputation) to bolster your own reputation, you better live up to it.  Right?  For if you are using God’s name to bolster your own reputation without living up to it, you are misusing God’s name.


This happens quite frequently in our society:
Please hear me.  There is nothing wrong with showing your faith in Christ by wearign a cross or a Christian t-shirt, etc.  However when you do, you should be very conscious of how you behave; is your witness matching up to Christian principles?  These are fine lines, but God knows a person’s heart and if you are using God’s name to commend yourself to others without honestly trying to live up to it, then you are misusing God’s name and you are breaking the Third Commandment in the worst kind of way. 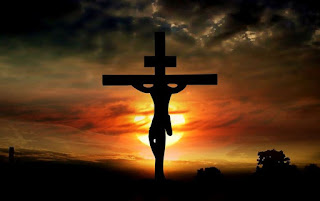 Conclusion/Invitation
The Third Commandment tells us, we will not go unpunished if we’ve misused the name of the Lord.  All of us have done it.  We all deserve to be punished.  Romans 6:23 tells us, “The wages for sin is death…”  And Exodus 20:7 tells us, “You will not go unpunished if you misuse the name of the Lord.”  But there is Good News.
The Good News is Jesus has already taken your punishment on himself.  He allowed himself to be whipped and spat upon for your sake.  He wore a crown of thorns for you.  He carried the cross down the road to cruel Golgotha on your behalf.  He was nailed to that same cross so you didn’t have to be.  He spilled his own precious blood so you can keep yours.  He bore the agony of hell, so you could escape.  He did all this and more to save you.
Won’t you thank him today for this priceless gift?  Won’t you ask forgiveness for the way your sin brought suffering to the Son of God?  Won’t you ask him to be your Lord today?  Won’t you commit to follow Him from now on so you can begin to obey the commandments more faithfully?  Then I offer you this prayer to express your desires to God.


"Jesus, thank you for taking my sins to the cross so I don’t have to.  Forgive me for the way my actions have caused you pain.  Help me to live a better life that is worthy of the sacrifice you made.  Today, I choose to follow you.  Jesus, save me and be my Lord and I will serve you for the rest of my life.  Amen.”


Will you do me a favor?  If you have prayed this prayer and decided to let Jesus be your Lord for the first time, will you let me know?  Email me at ReverendChrisMullis@hotmail.com  I would like to know so I can thank God and keep you in my prayers.
Posted by Pastor Chris Mullis at 9:38:00 AM