Arguing with Jesus About Lazarus 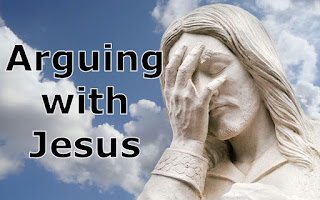 
Introduction
I love being a pastor! I feel so blessed to make a living doing something I love. I feel like I make a real difference and I know I am fulfilling God’s purpose for me. The people of this church have been so kind to me and my family. You make me feel appreciated and it inspires me.
That doesn't mean my job is always easy.  Most days are pretty good and I get to do a lot of neat things like pray with a mom and dad who just had their first baby. Unfortunately, there are darker responsibilities too, like trying to comfort someone who lost their brother unexpectedly in a car accident. It is in these darker moments when the senseless suffering of our broken world are overwhelming that we sometimes want to argue with Jesus. "Why did you let this happen?"
There is a story in the Bible in the Gospel of John that brings the issue to light best for me.  It is the story of Lazarus' death and resurrection.  It's a long reading, but it's worth the time to read the whole story.


John 11:1-44
A man named Lazarus was sick. He lived in Bethany with his sisters, Mary and Martha.2 This is the Mary who later poured the expensive perfume on the Lord’s feet and wiped them with her hair. Her brother, Lazarus, was sick. 3 So the two sisters sent a message to Jesus telling him, “Lord, your dear friend is very sick.”


4 But when Jesus heard about it he said, “Lazarus’s sickness will not end in death. No, it happened for the glory of God so that the Son of God will receive glory from this.” 5 So although Jesus loved Martha, Mary, and Lazarus, 6 he stayed where he was for the next two days. 7 Finally, he said to his disciples, “Let’s go back to Judea.”


8 But his disciples objected. “Rabbi,” they said, “only a few days ago the people in Judea were trying to stone you. Are you going there again?”


9 Jesus replied, “There are twelve hours of daylight every day. During the day people can walk safely. They can see because they have the light of this world. 10 But at night there is danger of stumbling because they have no light.” 11 Then he said, “Our friend Lazarus has fallen asleep, but now I will go and wake him up.”


17 When Jesus arrived at Bethany, he was told that Lazarus had already been in his grave for four days. 18 Bethany was only a few miles down the road from Jerusalem, 19 and many of the people had come to console Martha and Mary in their loss. 20 When Martha got word that Jesus was coming, she went to meet him. But Mary stayed in the house.21 Martha said to Jesus, “Lord, if only you had been here, my brother would not have died.22 But even now I know that God will give you whatever you ask.”


23 Jesus told her, “Your brother will rise again.” 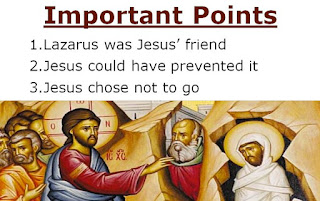 24 “Yes,” Martha said, “he will rise when everyone else rises, at the last day.”


27 “Yes, Lord,” she told him. “I have always believed you are the Messiah, the Son of God, the one who has come into the world from God.” 28 Then she returned to Mary. She called Mary aside from the mourners and told her, “The Teacher is here and wants to see you.”29 So Mary immediately went to him.


30 Jesus had stayed outside the village, at the place where Martha met him. 31 When the people who were at the house consoling Mary saw her leave so hastily, they assumed she was going to Lazarus’s grave to weep. So they followed her there. 32 When Mary arrived and saw Jesus, she fell at his feet and said, “Lord, if only you had been here, my brother would not have died.”


33 When Jesus saw her weeping and saw the other people wailing with her, a deep anger welled up within him,[f] and he was deeply troubled. 34 “Where have you put him?” he asked them.


They told him, “Lord, come and see.” 35 Then Jesus wept. 36 The people who were standing nearby said, “See how much he loved him!” 37 But some said, “This man healed a blind man. Couldn’t he have kept Lazarus from dying?”


38 Jesus was still angry as he arrived at the tomb, a cave with a stone rolled across its entrance. 39 “Roll the stone aside,” Jesus told them.


But Martha, the dead man’s sister, protested, “Lord, he has been dead for four days. The smell will be terrible.”


40 Jesus responded, “Didn’t I tell you that you would see God’s glory if you believe?” 41 So they rolled the stone aside. Then Jesus looked up to heaven and said, “Father, thank you for hearing me. 42 You always hear me, but I said it out loud for the sake of all these people standing here, so that they will believe you sent me.” 43 Then Jesus shouted, “Lazarus, come out!” 44 And the dead man came out, his hands and feet bound in graveclothes, his face wrapped in a headcloth. Jesus told them, “Unwrap him and let him go!”


Important Points
This is an amazing story of how Jesus brought a dead man back to life after he’d been in the grave for four days.  It’s such an amazing miracle, you can miss some of the more troubling aspects of the story if you don’t pay attention.  Here are a few important points you should ponder.  First of all, Lazarus was Jesus’ dear friend (verse 3).  Jesus had stayed in Lazarus’ home on a number of occasions.  He had on ongoing relationship with Lazarus’ family.  He cared about him and they cared about Jesus.  If anyone could ask Jesus for a favor, it was Lazarus and his sisters.  Second, Jesus could have prevented Lazarus’ death.  As the Son of God, Jesus had the power to heal and had done so on plenty of occasions.  Third, Jesus specifically chose not to go and heal Lazarus and Lazarus died.  And finally, in the end, Jesus raised Lazarus. 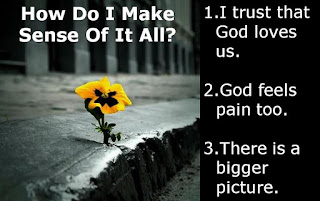 Human Suffering
We live in a world full of beauty and love, but there is also darkness and evil and suffering.  Just as I have had the happy occasion to visit with couples at the birth of a healthy child, I have also had the unhappy experience of being with a family whose child died within a few days of birth.  It is very difficult to be God’s representative in those situations when great sorrow and not joy are the order.
We believe God knows our every sorrow and need.  We believe God loves us unconditionally.  We believe God has the power to protect and heal—even to raise the dead to life as he did Lazarus.  Then why doesn’t He always do it?  Why does He sometimes seem to stay away as Jesus stayed away from Lazarus in his time of need?  Christians have agonized over these questions and even argued with Jesus about them for thousands of years.
I don’t presume to have all the answers to questions the best theologians through the ages have been unable to answer definitively.  I can only offer a few points that make sense to me based on my years of ministry.
First of all, I trust that God loves us.  Even though I don’t always understand why bad things happen (often to very good people), I do trust that God loves us and is with us in our sorrow.  In the story of Jesus and Lazarus, you can tell that Jesus cared deeply about Lazarus.  Jesus wept at Lazarus’ grave.  He was angry at the whole situation of how Lazarus’ death was ultimately the result of a fallen world corrupted by human sin—where disease was the order of the day and where people used the tragic occasion of a man’s death to dispute the power of the Son of God.  Likewise, God is not happy about our suffering.  I don’t understand why He heals some and does not heal others, but I know He cares deeply.  That is my faith.  If you are struggling with grief, cling tightly to your faith in God’s love.  Even if you don’t understand why, trust in God’s love.
Second, I know there is no pain in this life that God has not faced—many times over.  My sister’s life-long friend, Lisa, lost her son in a tragic motorcycling accident a few years ago.  No parent should ever have to bury their own child.  Some would argue it is the greatest agony known to man.  People debate about why it happened—was God not present to protect Lisa’s son or was it a result of the young man’s choice to drive a vehicle some would say is too dangerous.  Lisa would tell you the thing that has helped her the most in her terrible grief is knowing that God also lost His Son.  Jesus, the Son of God, was murdered on a cross because of the evil in human hearts.  So God knows what it is like to suffer, to grieve, to lose His own child.  God knows what we feel when we suffer and He cares.  If you are suffering, know that God understands exactly how you feel.  He feels it too.
Finally, I believe there is a much bigger picture to what is going on than we will ever see in this lifetime.  I trust God with the big picture.  You see, Christianity teaches this world is not our home.  We sometimes think it is, because it’s all we know.  Yet our time here on earth is very limited in the scale of eternity.  We see things from our earthly point of view, God sees things from an eternal point of view.  Can you even imagine the sale of eternity?  A hundred years seems a long time to us.  A thousand years seems forever, but eternity is everlasting and we are made for eternity.  The times of suffering we consider so dreadful in the 80 or 90 years of this life won’t seem so significant when we are living in God’s glorious eternity.  100,000 years from now, do you think you will give much thought to the pain you are experiencing now?  So just accept that there are things too big for us to totally comprehend.  Trust that God has it under control and will work it all out—somehow—for your own good and for the good of the whole universe for all eternity.
In the end, Jesus did raised Lazarus from the grave.  Jesus also promised he would raise you and those you love if you believe.  In John 11:25, Jesus said, “I am the resurrection and the life. Anyone who believes in me will live, even after dying.”  We have this promise from Jesus and it gives us hope—hope that even transcends death.  So whatever grief, sorrow, or suffering you face in this life, cling to your faith in God through Jesus Christ.
Posted by Pastor Chris Mullis at 9:40:00 AM