"Sell All Your Possessions..." 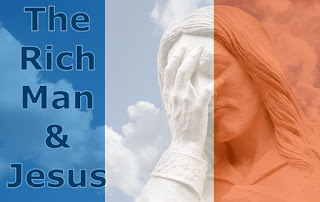 Arguing with Jesus about Giving Up Everything
Mark 10:17-31


Introduction
On Friday evening, November 13, 2015, the world was shocked to find Islamic terrorists had attacked civilians in Paris with guns and bombs, killing 129 people and wounding many hundreds more.  Anger, sadness, fear, shock, and deep concern for our world are among the many chaotic emotions people feel.
Over the weekend, millions around the world have offered support and lifted up prayers for the people of Paris.  Buildings have been lit with the flag colors of France in a show of solidarity.  Facebook has exploded with profile pictures overlaid with the French flag.  We want to express our support for the people of Paris who have suffered such evil at the hands of godless men.  We fear more terrorist attacks are on the horizon in our own homeland.
The outpouring of support reminds me of the days following 9/11 when Americans were swept up in a wave of patriotism, fear, and outcries to God in prayer.  Unfortunately, that fervent wave eventually (and too quickly) settled back into a placid sea of apathy as most returned to living as if God were only something to be pulled out occasionally for a casual encounter or when tragedy strikes.
How much substance is there to this rising tide of prayers and support for the people of Paris?  It is easy to click a button and change your profile picture to a French flag.  What the world needs are disciples wholeheartedly committed to the ways of Jesus.  His love in our hearts is the only thing that can drive evil darkness from our world.
The emotionally charged outcry to “stand with Paris” reminds me a lot of a man whose heart swelled with emotion as he ran up to Jesus and fell to his knees with a burning question.  It is found in Mark 10:17-31.


Mark 10:17-31
17 As Jesus was starting out on his way to Jerusalem, a man came running up to him, knelt down, and asked, “Good Teacher, what must I do to inherit eternal life?”


20 “Teacher,” the man replied, “I’ve obeyed all these commandments since I was young.”


21 Looking at the man, Jesus felt genuine love for him. “There is still one thing you haven’t done,” he told him. “Go and sell all your possessions and give the money to the poor, and you will have treasure in heaven. Then come, follow me.”


22 At this the man’s face fell, and he went away sad, for he had many possessions.


26 The disciples were astounded. “Then who in the world can be saved?” they asked.


27 Jesus looked at them intently and said, “Humanly speaking, it is impossible. But not with God. Everything is possible with God.”


28 Then Peter began to speak up. “We’ve given up everything to follow you,” he said.


29 “Yes,” Jesus replied, “and I assure you that everyone who has given up house or brothers or sisters or mother or father or children or property, for my sake and for the Good News, 30 will receive now in return a hundred times as many houses, brothers, sisters, mothers, children, and property—along with persecution. And in the world to come that person will have eternal life. 31 But many who are the greatest now will be least important then, and those who seem least important now will be the greatest then.”

A Very Challenging Passage
This is one of those Bible stories that really troubles people.  "Did Jesus really mean we should sell all our possessions in order to have eternal life? Would he ask that?"  These are questions concerned people have asked me many times.  People struggle because they are afraid Jesus might ask them to do the same thing (and, honestly, they are not sure if they could).
We sometimes spiritualize what Jesus said or reason that he was only speaking to this one rich guy and not to all his followers.  That may be true.  Jesus knew exactly what the rich man in the story put ahead of God in his life.  Jesus revealed just what the rich man needed to do to get his life right with God.  Sure, the man was respectable.  He didn't steal, cheat, lie, or murder, but God was still not first in his life.  So Jesus challenged him to do the one thing he couldn't bring himself to do unless he put God first.
I've always taught this story as if the man couldn't (or wouldn't) actually sell all his possessions.  That's the way I've heard others teach it too, but something occurred to me for the first time as I studied this week.  The Bible never says whether the man did or didn't complete the challenge.  It just says he went away sad.  We are the ones who assume he didn't do it.  That the man went away sad is doesn't necessarily mean he didn't eventually sell all his possessions.  It just means he was very troubled by the difficult task Jesus gave him.  Sadness would have been the natural response (whether he did or didn't not sell all his possessions).
The greatest evidence we have that the rich man didn't sell all his possessions is we never read of his returning to follow Jesus.  However, that's not conclusive evidence either. It would have taken a long time for a very rich man to sell all his possessions. (How long would it take you to sell everything you own?)  It would have taken even more time to give all the money away to the poor in meaningful ways.  This episode happened near the end of Jesus earthly ministry according to the Gospel of Mark.  So the task might not have been completed before the written Gospel ended.  It may be that we just don't have a written record of the final outcome for the man.  Most of us just assume he couldn't do it (maybe because we think we could never do it).  I like the way the story ends without a final resolution,  because it leaves us to question what we would do in the same situation.
We still want to know though: Does Jesus expect us to sell all our possessions in order to follow him?  The simple answer is no.  You don’t have to sell all your possessions in order to follow him and inherit eternal life.  In fact, you can't do anything to earn eternal life.  It is a free gift from God to those who follow Christ.

Jews teach that you must follow all the commandments and live a good, moral life to gain God’s favor.  Muslims teach you must not worship any God but Allah and you must follow the teachings of the Koran and the prophet Muhammed in order to avoid torment in hell.  Other religions teach you must sacrifice to earn the favor of the gods, but Christ teaches it is impossible to earn God’s favor and so God saves you by a His free, unearned and undeserved grace.

But wait before you sigh a breath of relief because you get to keep your stuff... You're not off the hook yet, because Jesus challenges all of us to put God first in our life.  He said in Matthew 6:33, "Seek first the Kingdom of God and His righteousness..."  And just as Jesus knew exactly what the rich man put ahead of God in his life, Jesus knows exactly what you put ahead of God in your life.  And it is precisely that with which Jesus challenges you. 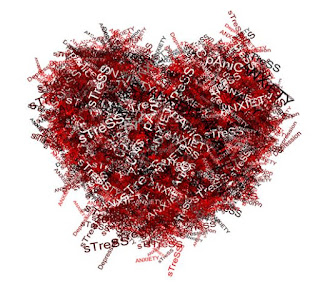 Leaving with a Troubled Heart
The rich man left Jesus very sad and with a troubled heart because he had many possessions.  The rich man had a tough decision to make.  You have a tough decision to make too, because Jesus asks you to re-prioritoze your life.  For some of you, that means making some significant, substantive changes.  You may need to give up something so difficult you would much rather sell all your possessions instead.   You may have to fret over it a while. You may need to count the cost closely and decide whether you think following Jesus is really worth it.
You see, we all want goodness to some degree.  We a want to be good people. We all want to live in a good world.  We all want "peace" and "justice" and "goodness" to come in our world.  The problem is, we don’t want it enough to pay the price.

I challenge you as Jesus challenged the rich man in the story.  Go and give up that which is keeping you from whole heartedly following Christ as his disciple.
And for those that complain "It is impossible!"  I quote you Jesus' words from Mark 10:27, "Humanly speaking, it is impossible. But not with God. Everything is possible with God."  You see, the grace of God kicks in when we finally realize it is our only hope.
Posted by Pastor Chris Mullis at 9:37:00 AM