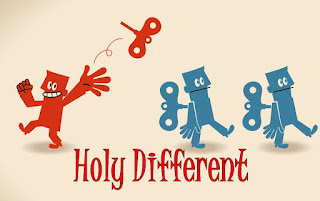 Introduction
I'm so proud of my son, Gavin.  He's never been afraid to stand out from the crowd.  He's always been smart--he graduated 3rd in his high school class.  He's independent.  He's attending the University of Alabama, Huntsville and doing well.  Last year, he used a bike to travel between classes across campus, but Gavin's never been afraid to be different.  This year, he decided to trade in his bike for a unicycle!  So if you're ever at UAH and you see a college kid riding a unicycle to class, it's probably my son! 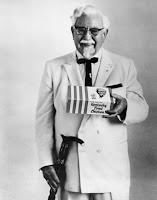 I want to talk to you today about being different.  Colonel Sanders wasn't afraid to be social security check was only $105. Instead of complaining, he did something different.  He thought restaurant owners would love his fried chicken recipe, use it, sales would increase, and he’d get a percentage of it. So, Sanders drove around the country knocking on doors, sleeping in his car, and wearing his white suit.  Can you imagine how strange people must have thought Sanders was?  They did.  His idea was rejected 1,009 times before someone finally said yes.  The rest is history.
different.  He was over 65-years-old before he became famous for fried chicken.  He got mad when his
This blog is the first in a series called “Different”.  Did you know God wants us to be different than the rest of the world?

I am writing to God’s chosen people who are living as foreigners in the provinces of Pontus, Galatia, Cappadocia, Asia, and Bithynia. 2 God the Father knew you and chose you long ago, and his Spirit has made you holy. As a result, you have obeyed him and have been cleansed by the blood of Jesus Christ.


May God give you more and more grace and peace. 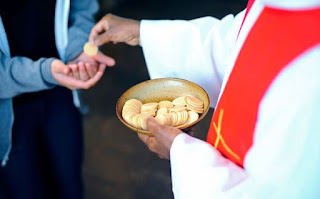 Holy Different
This passage tells us some important things about your relationship with God.  First of all He chose you.  It wasn't a mistake.  He made a deliberate decision and chose you on purpose.  And He chose you long ago.  If you're like me, you get so busy that days and weeks just seem to run together.  And as busy as we are, I don't know what you thought was going to happen today.  But thousands of years ago, God already knew you would be reading these words right here, right now.  And He chose you.  And lastly, this passage tells us that God's Spirit chose to make you holy; and that is the crux of this blog.
We use the word holy a lot in the church, but what does it mean?  Holy means “set apart for the special, sacred purposes of God.”  Something that is holy is not to be used for unholy purposes(You don’t use a communion chalice for your morning coffee).  When you are holy, you are different.  When you are holy, you are special.  When you are holy, you stand out.  Diamonds are so valuable because they sparkle.  Diamonds are really just rocks, but they stand out from other ordinary rocks because of the way the catch and reflect light.  Like a diamond, you need to sparkle and shine for God.  Stop trying to blend in to the crowd. 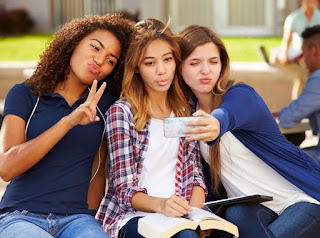 But I Don’t Want to Be Different…
An interesting thing happens with most teenagers that causes their parents a lot of anxiety.  Doctors and psychologists tell us that teenagers are biologically engineered to start separating from their parents and create their own identity.  From the time they are babies to the age of about 13, most kids adore their parents and want to be just like them.  But then they become teenagers and start to pull away.  All of a sudden, they stop admiring their parents and start to think they are boring and old and uncool.  And parents often get so frustrated because it feels like their teenage kids are going off the deep end, rejecting everything they've worked so hard to teach them.  And this is natural, because teenagers are trying to establish their own identity apart from their parents.  They want to be individuals.
Ironically, rather than becoming “individuals” with their own “separate” identities, teenagers most often try to be like all their friends.  They trade mimicking their parents for mimicking their friends.  They want to wear the clothes their friends wear, listen to their friends music, hang out with and act like their cool friends.  And this is a natural part of growing up and almost everyone goes through it to some degree.  It isn’t until teenagers mature a bit more--usually once they get into their 20s--that they really start to figure out who they are apart from anyone else and find their own individual identity.
Unfortunately, many people ever really grow out of the human desire to “fit in”.  Most people want to adhere to “social norms.”  We want to be in fashion, we want to "fit in" our community, we want to be accepted by everyone else.  Most people still define themselves in relation to others.  They want to "keep up with the Joneses."  What does that expression really mean?  It means you want what they have, because you think what "they" have is what you really want or need.  Very few people stop to think what they really want without regards to what other people have.  Even fewer stop to think about what God really wants for them and trust that what He wants is really best.
I have been accused of being different--even weird.  I'm fascinated with science and experiments and a couple years ago I was at the beach in South Carolina with my extended family.  I was staring at the ocean wondering if I could distill some sea salt out of it.  And I thought, "I bet I can."  So I got an empty milk jug and washed is out and collected a gallon of sea water from the ocean.  I put it in a  pot on the stove back at our condo and boiled it down until there wasn't any water left; and lo and behold their was about a quarter cup of salt left in the bottom of the pan!  I was so proud as I showed it to all my uninterested relatives.  My brother-in-law, Joey, looked at me and said, "Chris.  Your weird."  Haha!  And said, "Hallelujah!" because I own it! I know I'm different.  That's how God made me and I'm learning more and more to just be who God made me, because God wants us to be different.  It's OK to be weird! 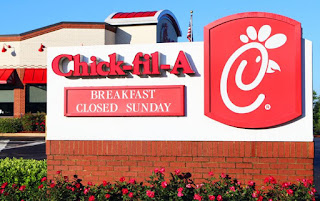 God wants us to be Different.
Truitt Cathy was different and he founded a different kind of fast food restaurant.  He said, “We should be about more than just selling chicken. We should be a part of our customers’ lives and the communities in which we serve.”  Now, if you try to eat lunch after church at a Chick-fil-A, you will be disappointed, because they're always closed on Sunday.  You'll have to settle for something else.  Chick-fil-A makes a statement by being closed.  You can't help but see it.  Sunday afternoons is one of the busiest times of the week for a restaurant, but Chick-fil-A intentionally stays closed and you can't help but see it.  And you don't just see it on Sundays.  Go in there on a Monday when they're open and you get a sense of it too.  I mean, it's just a fast food restaurant like any other, but it's also different.  Something about the way they carry themselves and the way they serve and the way they take pride in what they do.  Chick-fil-A is different.  It's almost like they're holy.            In the Old testament, God chose the children of Israel to be his holy people.  He wanted them to be different, to stand out.  So he gave them all kinds of rules that would make them a separate, different people.  Resting on Sunday was one of those rules, but there were also rules about how to dress and what kind of food to eat.  And all these laws--though they were a burden to follow--marked the Israelites as a special, holy people.
Things have changed for us since Jesus came, because Jesus made all food clean and said we are saved by grace and not by following rules.  But we are still supposed to be holy and different. People should be able to look at us and think, "They look like other people, but there's something different about them, something special."
Jesus told us the most important way we would be so different.  In John 13:35, Jesus said, “Your love for one another will prove to the world that you are my disciples.”  Do you love people in different way?  A holy way?  God's way? 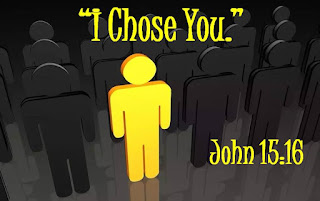 God Chose You, but Do You Choose God?

Long ago, 1 Peter 1:2 tells us, God chose you to be holy.  How long before you humble yourself, bow down, and choose to follow God?  For when you choose God through faith in Jesus Christ, Peter says you, “have been cleansed by the blood of Jesus Christ.”  Then you are holy and forgiven and you will have more grace and peace.  People will begin to see you are Holy Different and you will live a Holy and Different life, a better life, and you will have eternal life. And you will know you are loved and your will love people like Jesus loves.   Are you ready?  Make the decision to be Holy Different today! 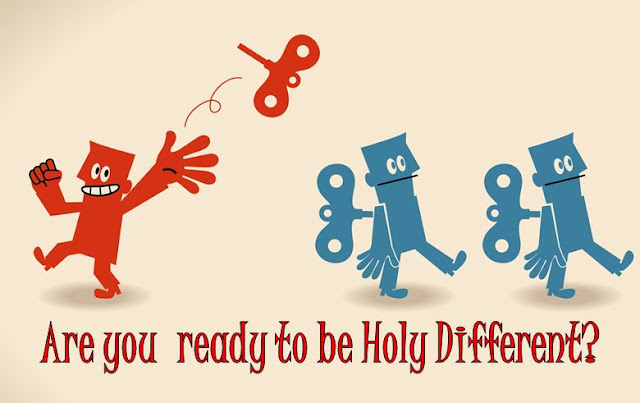