The Lost Books of the Bible??? 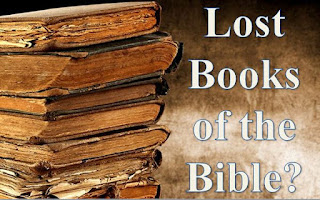 My weekly Bible study asked me to teach about the "Lost Books" of the Bible.  Since this is something many people seem interested in, I thought I'd share my thoughts.  Seedbed put out a helpful 7 minute video that touches on the subject.  You can watch it here:  https://www.youtube.com/watch?v=hYsNRHSSG9U.  Here are my thoughts on the subject.


Lost Books?
The term “Lost Books” is really inaccurate.  It implies that some books were not included in the Bible because they were lost (maybe even intentionally).  This is not true.  There were many books, scrolls, letters, and other writings floating around the ancient world when the early Christian church formed—just as there are numerous books floating around in our world today.  Some books were good and helpful for early Christians and others were not.  Some writings stood the test of time, others did not.  Only certain books, the ones God wanted, made it into the Bible.  We have known about most of the other so called "lost books" throughout the centuries and they have been available for people to read, though few had much interest.  Some books were indeed lost, simply because books eventually degrade and fall apart if not reproduced.  How many modern books printed in the last 100 years do you suppose have been “lost” in this way simply because no one cares to read them?  The term “Lost Books” is really more of a marketing ploy.  It grabs people’s attention—especially in an age when many are looking for salacious conspiracy theories about how a supposedly “evil church” has tried to suppress the supposed “real” truth about Jesus.  This is all nonsense.  If you want to know the real Truth about Jesus and God and how we are to live, it is right there in the Bible—the same one that often sits forgotten and unread on the bookshelf in many people’s homes.  In an age where few people actually read the Bible, one could argue the real lost books of the Bible are actually the very ones listed in your Bible’s table of contents, because if you don’t read them they are indeed lost to you.

The Bible.  The Canon.
When we talk about the Bible, we are really talking about an authorized collection of books and letters that have been preserved through the ages and are considered inspired by God and authoritative for Christian belief and practice.  The authorized list of books is called the canon.  No, we’re not talking about a big gun that shoots cannonballs.  Canon is an old word that means “ruler,” like a measuring ruler.  The books we have in our Bible today were “measured” by God through the use of the early Church Christians and found to be inspired and authoritative to be included with the Jewish Bible (the Old Testament) to serve as God’s written Word.

Measure #2 is Harmony.  Does the book agree with the doctrine of what other accepted books teach and what Jesus and the Apostles said?

Measure #3 is Acceptance.  Was the book widely used by the early Church as a whole?  The books that made it into the Bible were only the ones that had gained wide acceptance by the whole church that was spread out across the Mediterranean world during the first few centuries of the Christian era.

Why were the so called “Lost Books” not included in the Bible?
The “so called lost books” weren’t included in the Bible for good reasons.  They didn’t measure up.  They were not written by the Apostles or those close to them (although they sometimes falsely claimed to be).  They were not in harmony with the plain teachings of Jesus and his early followers.  They were not widely accepted by the whole Church.  There were sometimes other reasons too.  When heretical groups tried to corrupt or change the true message of Christ, they often discarded books that contradicted their teachings and/or substitute their own writings, which were forgeries written to support their false teachings.  For example, one corrupted group led by a man named Marcian created their own Bible.  The Marcian Bible rejected the entire OT, used only parts of the Gospel of Luke, and some of Paul’s letters.  (They only allowed the parts of the Bible that didn’t refute Marcian’s heretical religious ideas.)  Marcian and his sect's ideas were strange and vastly different from what Jesus and his Apostles taught and what the Christian Church as a whole believed.  Their ideas and their books were rejected.  Heretical groups like the Marcians eventually lead Christians to establish an authorized canon of books that the church was already using that did "measure up".  These are the 27 books we now have in the Christian New Testament, plus the Jewish Bible that Christians call the Old Testament.

Conclusion
The Canonical Bible that we use is the Inspired Word of God.  The writers were inspired but also the collectors were inspired so that the Bible we have today is the Inspired Written Word of God that has the authority to guide all Christian beliefs and practices.  John 21:25 actually says, “Jesus also did many other things. If they were all written down, I suppose the whole world could not contain the books that would be written.”  We don't claim that the Bible tells us absolutely everything that happened, only that it teaches everything the Christian needs to know for salvation and to live a Christian life.  Furthermore, the Bible can be trusted as the inspired Word of God.  Those other so call "Lost Books" are not trustworthy and are not the Word of God.  At best, they may be interesting and helpful (though they are mostly weird and boring).  At the worst, they are false teachings designed to lead people astray.

It doesn't make much sense to waste much time reading so called "lost books" of the Bible.  The real Bible, which is the authorized Word of God, has plenty of challenging truths to digest.  You will never exhaust the Bible's resources.  It will change your life and continue to help you grow from day to day as you listen and obey.  Therefore, I recommend you not waste time wading through other ancient writings unless you have a really good reason.  They will not give you some mind-blowing new revelation.  The Bible can, but they can't.  Therefore, devote your time and energy to studying something with true power and authority--The Holy Bible.  And I invite you to join me for Bible Study on Thursdays at 10:30 AM at Pleasant Grove UMC to really get the most out of God's Holy Word.  We will have a discussion about the "So Called Lost Books" April 4th and then start a new series called "Scripture and the Wesleyan Way" on April 11th.  God Bless! 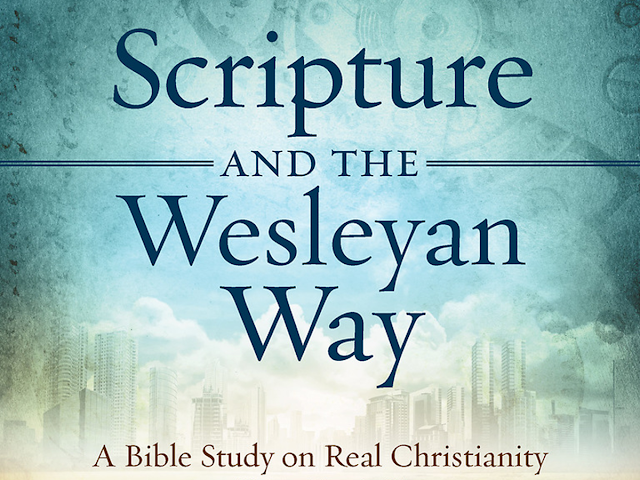 Email ThisBlogThis!Share to TwitterShare to FacebookShare to Pinterest
Labels: Bible, Canon, Holy Bible, The Lost Books, The Word of God