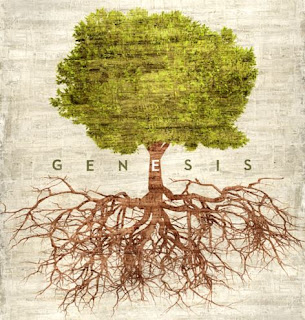 Introduction
This is the second in a series of blogs about Genesis, the first book of the Bible.  Last time, we examined the story of creation. God created humanity in Adam and Eve. Everything was perfect in the beginning, but they sinned and brought on the corruption of all creation—leading to evil and suffering. Yet God had a plan to restore people (and all creation) to a right relationship with God. God’s plan began with a man named Abram (later God changed his name to Abraham). God’s the plan of salvation—from the beginning—was based upon faith and we see that faith exemplified in Abraham.  Note:  Abraham was originally called Abram, but God changed his name to Abraham.  Thus, Abram and Abraham refer to the same man in scripture and this blog.

1The Lord had said to Abram, “Leave your native country, your relatives, and your father’s family, and go to the land that I will show you. 2 I will make you into a great nation. I will bless you and make you famous, and you will be a blessing to others. 3 I will bless those who bless you and curse those who treat you with contempt. All the families on earth will be blessed through you.”

4 So Abram departed as the Lord had instructed, and Lot went with him. Abram was seventy-five years old when he left Haran. 5 He took his wife, Sarai, his nephew Lot, and all his wealth—his livestock and all the people he had taken into his household at Haran—and headed for the land of Canaan. When they arrived in Canaan, 6 Abram traveled through the land as far as Shechem. There he set up camp beside the oak of Moreh. At that time, the area was inhabited by Canaanites.


Why Leave?
In hind sight, it’s easy for us to say, God blessed Abraham.  Three of the world’s major religions call Abraham their father—over half of the world’s current population.  For Christians, Abraham is a hero, and his story is an essential part of our faith.  It is easy for us to admire him, because we know how his story turned out and the huge influence he had on the world.  However, we mustn’t forget Abraham’s did not know what we know. He did not know how things would turn out, but he did know what he was leaving behind.
Abraham was born and lived in Ur of the Chaldeans[i].  The Chaldean empire was a wealthy, safe, and advanced civilization. They were a world power.  You can thank the Chaldeans the next time you drive a car; they invented the wheel.  Do you like looking out a window?  The Chaldeans discovered how to make glass.  They developed astronomy and were some of the first people to use a writing system and a yearly calendar with 12 months.  They invented the sundial[ii] and developed an advanced form of mathematics.  How many seconds are in a minute? You can thank the Chaldeans for that too.[iii]
I grew up thinking Abraham and Sarai were nomads who had always lived in tents and tended goats.  However, Abraham and his wife Sarai (later renamed Sarah) were city folk.  They grew up and lived in what was in their time the equivalent of New York City.  And God told them to leave the comforts of Ur to go off on a trek to some unknown land, all the while living in tents—far from everything they knew: the comforts of city life, their hometown, their family, friends, business relations, etc.
So we look at the story and think, “Sure. It makes sense for Abraham to go when God calls.” But that’s not what people in Abraham’s day would have thought. Imaging the questions they would've asked:
Chaldeans:  "Where are you going Abraham? How long will the journey take?"
Abraham:  "I don’t know. God will show me when I get there."
Chaldeans:  "Who is this God? Where is his temple? Where is his statue?"  (The Chaldeans gods all had an idol and a temple.)
Abraham:  "My God doesn’t have a temple or a statue. My God is invisible."
Chaldeans:  "What are you going to eat?"
Abraham:  "The Lord will provide."
Chaldeans:  "How will you get to this ‘Promised Land’?"
Abraham:  "My invisible God will show me the way."
Chaldeans:  "How can this ‘Promised Land’ your 'invisible god' is taking you to possibly be better than our incredible city?"
Abraham: I don’t know, but if God says it is better, it must be far better than anything we could imagine."

All Abraham had was his faith in God. And his faith was the key to God’s blessing.  You might protest, “But Abraham was a holy man.”  No, not really. He was a sinner—just like you and me.  Abraham did some very questionable things: he lied multiple times, he killed, he became frustrated with God, he had sexual relations with multiple women other than his wife...  The Bible says Abraham was a righteous man, but it also says he was righteous because of his faith.  It was not good deeds that made him righteous.
“But Abraham spoke to God.” Yes, but we can all speak to God through prayer.  And God speaks to all of us as well (through the Bible and other ways).  We just have to cultivate sensitive ears—through practice and (most importantly) through faith and obedience. We are all called by God.  But who really answers the call?
I saw a post on Facebook this week that said, “Do y’all ever wish God would just walk into your room and sit on your bed and say, ‘OK, so this is what you should do…’”
This is a common feeling. The problem is our attitude. God knows your heart. And God knows that—for most of us—if He did indeed come into our room and sit down on the bed and say, “OK, so this is what you should do…” Most of us would be like, “Yeah but…”
We are a lot less like Abraham than we should be. We do not have the faith of Abraham. We want to argue with God. We want to explain ourselves or our situation (as if God doesn’t already know everything about you and your life and hasn’t already considered everything at a deeper level than you will ever be capable of…).
And we always have written Word of God’s in the Holy Bible.  In these pages are already written so many of the answers to our questions if only we would read and obey.  We say “But I don’t understand the Bible…” That’s not necessarily true. There may be some parts you do not understand (maybe even a good bit you do not understand). But there are also many parts of the Bible that are very plain and easy to understand, and yet we still struggle to obey them:

We all struggle with these things, though they are easy to understand.  God speaks plainly to us about them, but we still don’t listen.
But you say, “It’s still not the same. Writing is one thing, but if only God would speak to me, I would listen.”  Really?  If writing is not as valuable as speaking, why do we have the expression, “I gonna need to see that in writing”?  When you buy a house or a car, you sign a written contract. Everything is spelled out in writing. And you better obey the contract (even the fine print) or you will be in trouble!  Wouldn’t you comply if your boss wrote you an email or sent you a memo directing you to complete some task? Yes you would (or you would be in trouble). In many cases, it is preferred to have the request in writing so you can be very clear what is expected and you can refer to it again and again for clarification.  For those who are in sales: Don’t you often receive written purchase orders? Some purchases must be in writing to be valid.
So why is it so important to us that God speak to us in person rather than through the writing of His Bible?  It all comes down to faith. We want God to speak to us so we have some proof He is real. And yet, even that would not be enough.
Jesus was real.  Jesus was flesh and blood.  Jesus spoke to people, healed people, taught people, fed people, and walked with people.  In case that were not enough, Jesus died on a cross for people. Then on the third day, Jesus rose from the grave and appeared to over 500 people (1 Corinthians 15:6).  And yet many people still did not believe or obey him.  The problem is not God or the methods He chooses to speak to us. The problem is our lack of faith and unwillingness to obey. 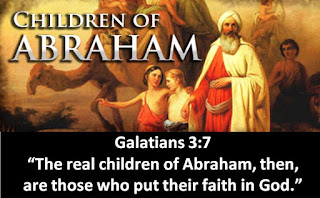 Galatians 3:7 – “The real children of Abraham, then, are those who put their faith in God.”  If you are to be a child of God, you must trust in Him more than anything else.  Do not trust in your money.  Do not put your hopes in your marriage.  Do not let your family be the most important thing in your life.  Do not cling to your heritage or your hometown or your traditional way of life.  If you feel too at home in this world, watch out! You are in danger of missing out on the promise of God.  Why would you leave all these things behind when God calls if you trust or love them more than God? And if you don’t answer the call of God, you are—of all people—to be pitied.  What good does it do a man to gain the whole world and loose his own soul?
God Calls us all, but who is willing to answer? Who is really a child of God, a spiritual ancestor of Abraham?

How is God calling you today?