Click here to watch a video of Rick Townsend's testimony. 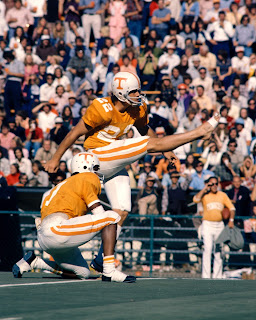 AND GOD SAID,
"WHERE ARE YOU?"

MY PURPOSE: Mark 5:19 says, “Go home to your friends and tell them how much the Lord has done for you, and how he has had mercy on you.”

I have always heard of Jesus, or about Jesus, but I was just not a follower of Jesus.  I was sprinkled as a young boy at the Methodist Church and considered myself a Christian although I probably didn't really know what that meant.  I never realized God was the one who gave me the ability to excel at sports... which was really my identity back then.  Playing sports was my life water...  I lived, breathed, and thirsted for playing sports when I should have been thirsting for the Lord.  And God said, "Where are you?" (Genesis 3:9)

After being recruited to play football by a major university, I began using drugs and drinking, feeling a thirst to fit in.  I was still excelling at football... becoming one of only 14 two-time All-Americans at the University of Tennessee.

In 1972 and 1973, I made Football Writers' All American and Playboy All American teams and was featured in Playboy magazine both of those years.  When I was drafted by the New York Giants in 1975, I felt that my thirst had finally been quenched.  Things didn't work out there and I went to the WFL, having a great year with the Memphis Southmen.  When that league folded, I went back to the New York Giants and was then traded to the San Francisco 49ers.  Life just rolled along and I was still thirsty.  I couldn't find my fill and I never looked to Jesus.  My well ran dry and although I wasn't able to quench that thirst...  I still didn't turn to Jesus, the only one who could quench it.  And God said, "Where are you?"

My oldest son served time in prison twice and my youngest son spent 6 months in drug rehab, while my middle son was in college on football and academic scholarships.  In 2005, my wife of 33 years divorced me followed by the loss of my mom the next year.  And God said, "Where are you?", but I still didn't get it. 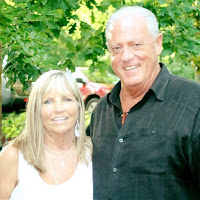 In 2013, I was hospitalized with a carbon dioxide level of 117.  Normal range is 35-45.  Within an hour of arriving in the ER, I was on life support in the ICU - where I stayed for the next 13 days.  After coming home, I had to rehab for about 6 weeks.  My wife and I were walking at the track and she started having burning in her upper chest.  She had a heart attack a few days later and we were back in the ICU.

I told her that as soon as she was able, we were going to church (I had not been to church in 30 years).  That next Sunday we visited Christ Community Church where we still go every Sunday. The third Sunday we were there I felt the Spirit enter my body while listening to "Give Me Jesus," now one of my favorite songs.  My wife said on the way home that I was not the same man she came to church with that morning. 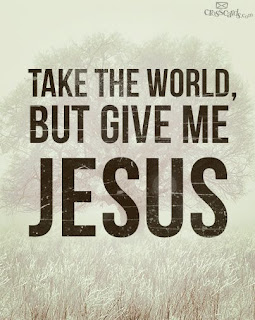 I now travel around speaking to others about the grace and mercy God has shown this sinner.

I now live every day to the fullest, praising God each and every day for allowing me to wake up and experience all the beauty around me.  I especially thank him for using me for times like these... speaking to others in the hopes of reaching people (even if it is just one person) who hasn't been saved and leading them to Jesus.

Jesus says He is the only way to God the Father.  Some people may argue that this way is too narrow.  In reality, it is wide enough for the whole world, if the world chooses to accept it.  Instead of worrying about how limited it sounds to have only one way, we should be saying, "Thank you, God, for providing a sure way to get to You!"