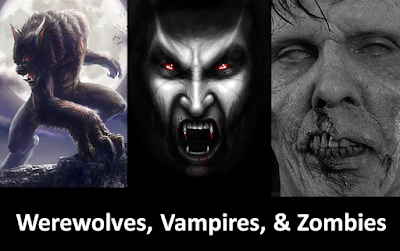 We know that werewolves, vampires, and zombies, aren’t real, but these legendary monsters symbolize some very scary characteristics that hide on the dark side of the human heart.

Take the legend of the werewolf.  It’s an ordinary person by day—perhaps even a well-respected member of society.  But when the full moon comes out, a grotesque transformation takes place.  The person changes into a wolf-like beast that roams the streets hunting for victims.  Even if the person doesn’t want to become a beast, they can’t stop it.  Once the full moon comes out, the beast is going to take over—like it or not.


Well werewolves are only a myth, but the werewolf personifies a real trait in many a human heart.  Because of sin, people—who otherwise are ordinary, good people—have moments when they turn into the most vicious of beasts.  We all have something that brings out the beast in us, though it’s probably not a full moon.  Maybe it’s someone who cuts us off in traffic.  Maybe it’s a competitiveness that drives us to treat people badly.  Maybe it’s someone we know that brings out the worst in us.  Maybe it’s the pursuit of a career that drives us to neglect our family.  It could also be drugs or alcohol.  All of these things have been known to turn ordinary people into terrible beasts who terrorize and destroy lives. 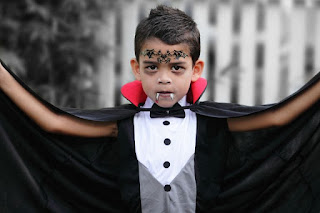 There is the vampire, the legendary creature of the night.  It hides from the light and pounces on its victims, drinking their blood.  Unlike werewolves, vampires are usually portrayed as intelligent and calculating in their crimes.  They lust after their prey and plot how they will get what they want.  Once they strike, they suck the life out of their unfortunate victims.

Vampires are only myths, but I’ve known a few people who acted like vampires.  They didn’t drink blood, but—because of sin—they only cared about themselves.  They used people for their own selfish gain.  People like that will suck you dry just so they can have a little more.  They hide in the shadows and lust after what’s not theirs and they will do anything to get what they want.  Their thirst is never sated.  Their exploits never bring lasting joy.  Their hunger drives them mad and there is never any relief. 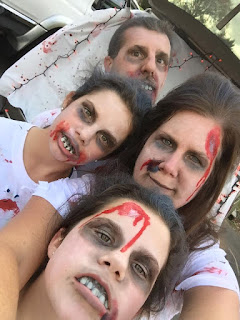 Finally, there are zombies.  Originally, zombies were the imagination of Haitian folklore.  A voodoo master would steal a person’s soul by black magic and force them to work as a mindless, uncomplaining slave.  In recent decades, a new kind of zombie is portrayed in movies and TV shows like “The Walking Dead”.  In these scenarios, the zombie is the result of a virus.  The virus kills the infected person and then reanimates their corpse—using the corpse to bite the living and transmit the virus to them.

The fictional zombie is a very fitting description for many people I see in our world.  They are only living in the sense that they are breathing and moving around.  They are like “The Walking Dead”.  Sin has destroyed their soul.  Their lives are meaningless.  They spend their time stumbling after things of no eternal value trying to gratify their hunger.  In their rabid, mindless pursuit, they infect others until hoards are wandering aimlessly through the world wreaking havoc and destruction.  All the while, they miss out on the true life that God wants them to have.

The Solution.  According to legend, you kill a werewolf by shooting it with a silver bullet.  You get rid of a vampire by driving a stake through its heart.  And you finish off a zombie by shooting it in the head.  But in real life, there is only one cure if you are a werewolf, a vampire, or a zombie—it is to be crucified with Christ, so that we may be raised to a new life with Christ.  We must become followers of Jesus Christ.  Jesus said in Luke 9:23-24, “If any of you wants to be my follower, you must put aside your selfish ambition, shoulder your cross daily, and follow me. If you try to keep your life for yourself, you will lose it. But if you give up your life for me, you will find true life.”  Have you done that?  Is that your choice each new day?

I would like to invite you to my church, Pleasant Grove United Methodist Church, where together we can learn to put aside our selfish ambitions and take up the cross of Christ daily.  Come join us here (or find a church close to you) and learn to be truly alive, healthy, and whole.  Come over to the light and leave behind the scary monsters that haunt your Halloween.
Pleasant Grove UMC is located at
2701 Cleveland Hwy in Dalton, GA. 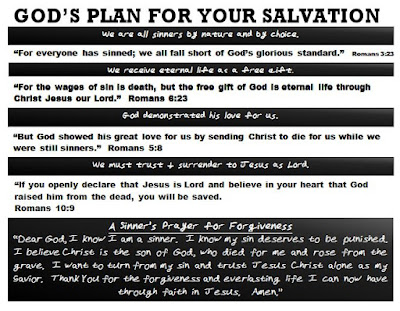