I AM the Resurrection and the Life 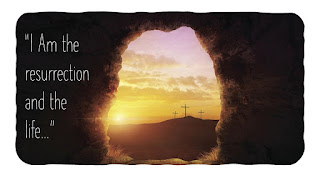 Introduction
I preached this message at the Easter Sunrise Service last Sunday.  It was early in the morning and the sun was just rising.  It is the first service of Easter.  It recalls the dawning realization for the first disciples that the crucified Jesus was no longer dead or in the grave. He is risen and alive.  Such news is so wonderful and extraordinary, it takes time to comprehend.

John 20:1-16
Early on Sunday morning, while it was still dark, Mary Magdalene came to the tomb and found that the stone had been rolled away from the entrance. 2 She ran and found Simon Peter and the other disciple, the one whom Jesus loved. She said, “They have taken the Lord’s body out of the tomb, and we don’t know where they have put him!”
3 Peter and the other disciple started out for the tomb. 4 They were both running, but the other disciple outran Peter and reached the tomb first. 5 He stooped and looked in and saw the linen wrappings lying there, but he didn’t go in. 6 Then Simon Peter arrived and went inside. He also noticed the linen wrappings lying there, 7 while the cloth that had covered Jesus’ head was folded up and lying apart from the other wrappings. 8 Then the disciple who had reached the tomb first also went in, and he saw and believed— 9 for until then they still hadn’t understood the Scriptures that said Jesus must rise from the dead. 10 Then they went home.
11 Mary was standing outside the tomb crying, and as she wept, she stooped and looked in. 12 She saw two white-robed angels, one sitting at the head and the other at the foot of the place where the body of Jesus had been lying. 13 “Dear woman, why are you crying?” the angels asked her.
“Because they have taken away my Lord,” she replied, “and I don’t know where they have put him.”
14 She turned to leave and saw someone standing there. It was Jesus, but she didn’t recognize him. 15 “Dear woman, why are you crying?” Jesus asked her. “Who are you looking for?”
She thought he was the gardener. “Sir,” she said, “if you have taken him away, tell me where you have put him, and I will go and get him.”
16 “Mary!” Jesus said.
She turned to him and cried out, “Rabboni!” (which is Hebrew for “Teacher”).

A Sunrise Moment
Just as the sunrise dawns new light on the day, Mary finally saw the light the moment the resurrected Jesus spoke her name.  It took a few moments.  No wonder.  No one expects to visit a grave to remember and honor the dead and then find they are not dead, but alive.  Mary is overwhelmed with grief and depression.  All she can think of is how they murdered her beloved Lord.  She assumes the someone has taken the body.  She doesn't notice the "men" she speaks to inside the tomb are angels.  She assumes the man she sees outside the tomb is the gardener; she doesn't realize it is Jesus.  That is, not until he speaks her name.  But in speaking her name, Jesus, the Light of the world, sheds light on the darkness that engulfs Mary.  She immediately recognized her Lord, Jesus.

Do you remember the words Jesus spoke to Mary’s sister, Martha, when Jesus raised their brother, Lazarus, from the tomb?  Jesus did not come when Lazarus was sick and Lazarus died.  When Jesus finally arrived and Mary and Martha were grieving, they said, "If only you had come, Lazarus would not have died."  But Jesus consoled them, saying in John 11:25, “I am the resurrection and the life. Anyone who believes in me will live, even after dying."  Let's look at his word to themclosely. 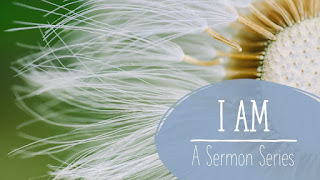 I AM…
These are the same words God said to Moses when Moses asked to know God's name.  God told Moses from a burning bush, "Tell the people 'I Am' has sent you.  This is the name you shall know me by for all generations."  The name is mysterious, but recalls the unchanging character of God.  He is who He is.  He is not defined by our beliefs or doubts.  He simply is and He is the one who defines reality.  And Jesus says, "I AM".  Jesus is God.

I AM the Resurrection and the Life…
However, we aren’t just waiting to die so that we can start our real life.  When we follow Jesus as Lord, we start real life now.  For we were created by God to worship and serve God.  And we live fully to the extent we do that in this life, even as we long for and hope for the Day we shall be set free from this broken world to live eternally with God when He creates a new heaven and a new earth.  You are never more fully alive than when you live your divine purpose.

Anyone who believes…
We must believe in Jesus and trust him.  Our resurrection and life does not happen automatically.  It happens as a result of God's grace and our faith.  Therefore, trust in Christ and start living today and hoping for resurrection.

Anyone who believes in me will live, even after dying…
We all die, but there is eternal life for those believe in Christ. However, there is a second sense to what Jesus is says. Remember, Jesus also said, "If anyone wants to follow me, he must take up his cross every day and follow me." And he also said, "If you cling to your life, you will lose it. But if you lay down your life, you will truly live." So, we must deny ourselves and let our own selfish ambitions die so that we can come alive in Christ and begin to truly live. Christ's way is infinitely better than you own plans. You must trust him and follow him, even when it means dying. 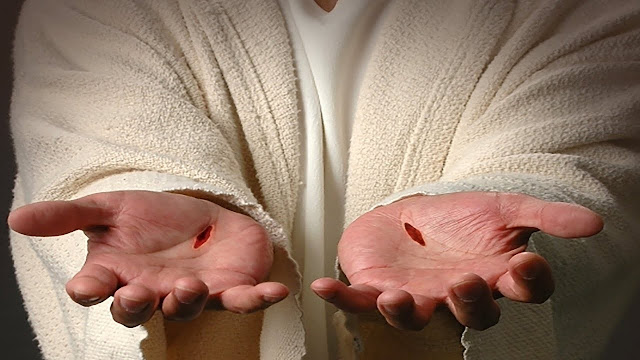