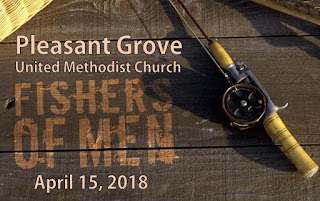 Introduction
I am always so thankful when people come to my church to worship.  I know there are other things they could do on a Sunday morning.  If it is rainy, they could stay in and stay dry and lounge around the house.  If the weather is pretty, they could go out side and enjoy it.  So I'm always thankful to those who chose to come to church.  And I know that it makes God smile too.  He appreciates it every time a person chooses to come worship.  In fact, that's why He created us.  He designed us to worship and when we worship God, we fulfill one of our basic purposes in life.
However, you may be ask “What’s in it for me?  What do I get out of worship?"  I'll tell you.  If you want to grow closer to God, if you want the assurance of eternal life, if you want to find real peace, forgiveness, and joy, if you want true fulfillment in life, you have to worship God.  Through worship, we align our wills with God.  Jesus' disciples worship.
Jesus originally chose 12 people to be his disciples.  He spent 3 years training them.  Then, before he returned to heaven, Jesus sent his disciples out with an important mission to recruit more people to follow Jesus Christ.  The disciples went out and got to work.  They told people about Jesus.  They invited them to worship and follow Christ' teachings.  The Church (Jesus' followers) grew exponentially--despite great persecution and opposition from powerful people.  The mission continued throughout the centuries.  The work continues through churches like mine today.  But how do we make disciples?  What are the steps?
The Gospel shows how Jesus made disciples.  We live in a different day and age, but the 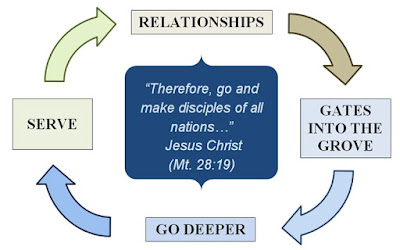 process is very much the same.  We still make disciples the same way Jesus did.  You invite a friend to come see Jesus.  Then, you go deeper.  Then you go out and serve.
Over the next four weeks, I'll be discussing the disciple making process based on Jesus' method we use at my church, Pleasant Grove United Methodist.  Today I’ll start at the beginning of the process.  It all starts with friends.  Making disciples starts with relationship.  Usually, people hear about Jesus and His Church from people they already know.
That's how it began for me.  Even though I'm a pastor now and was appointed to my church by my Bishop, I first came to church because of a friend.  As a child, I went to church because my mother took me.  As a teenager, I went to church with my friends.  My girlfriend at the time (now my wife) invited me to attend Wesley United Methodist in Macon, GA.  She was going with her friend.  I started going with her.  And that started me down the road to being a disciple of Christ.  How about you?
Let's look at the story of how Jesus invited the first disciples to follow him.

Luke 5:1-11 1 One day as Jesus was preaching on the shore of the Sea of Galilee, great crowds pressed in on him to listen to the word of God. 2 He noticed two empty boats at the water’s edge, for the fishermen had left them and were washing their nets. 3 Stepping into one of the boats, Jesus asked Simon, its owner, to push it out into the water. So he sat in the boat and taught the crowds from there.

4 When he had finished speaking, he said to Simon, “Now go out where it is deeper, and let down your nets to catch some fish.”

5 “Master,” Simon replied, “we worked hard all last night and didn’t catch a thing. But if you say so, I’ll let the nets down again.” 6 And this time their nets were so full of fish they began to tear! 7 A shout for help brought their partners in the other boat, and soon both boats were filled with fish and on the verge of sinking.

8 When Simon Peter realized what had happened, he fell to his knees before Jesus and said, “Oh, Lord, please leave me—I’m such a sinful man.” 9 For he was awestruck by the number of fish they had caught, as were the others with him. 10 His partners, James and John, the sons of Zebedee, were also amazed.

Jesus replied to Simon, “Don’t be afraid! From now on you’ll be fishing for people!” 11 And as soon as they landed, they left everything and followed Jesus. 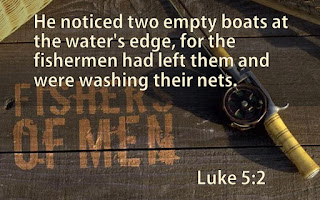 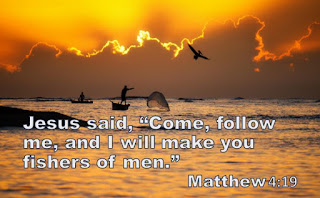 Challenge
Do you want church to mean something?  Do you really want grow closer to God, have the assurance of eternal life, find true peace, forgiveness, and joy?  Do you really want fulfillment in life?  Then you’ve got to be a disciple.  Jesus said, “Come follow me and I will make you fishers of men.”  I challenge you to follow Jesus.
Disciples find a way to come in and get plugged in with His other disciples at Church.  I challenge you to make a specific commitment to come for worship each week.  I would love to have you worship with me and Jeremy and all the disciples at Pleasant Grove UMC in Dalton.  Or, find a church near you.
Worship.  Join a small group, Sunday School or Bible study.  Be part of a men’s or women’s group, a group of young adults.  Get involved with serving.  Join the choir or volunteer with youth or children.
And this is absolutely critical:  Be “fishers of men”.  Inviting others to come in to see Jesus and go on this journey with you is absolutely critical.  It's not optional.  It's one of the most important ways you grow in your faith and without it, you cannot really grow the way Jesus wants you to.  I want to challenge everyone to pick 3 people to really focus on of the next 12 months.  Jesus picked Peter, James, and John (and the other disciples) and poured himself into them.  He loved them, encouraged them, nurtured and mentored them.  He developed and deployed them.  Who are 3 people you can mentor, pray for, and help?  You see, it’s not enough come sit on the sidelines and be a spectator.  Jesus wants followers, not fans.  He wants disciples who come learn to be fishers of men. 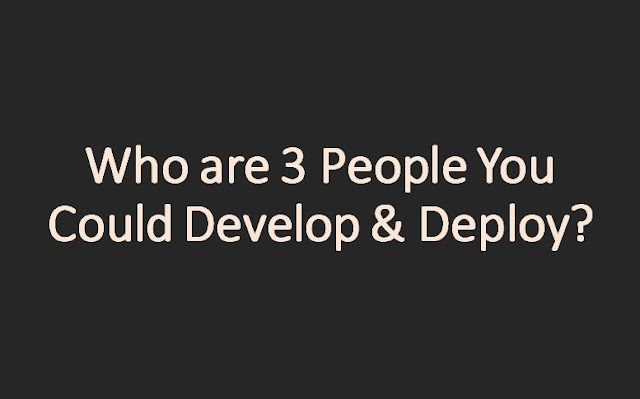