When Life is Unfair, God is Good 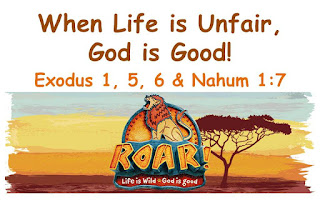 Introduction
We're going to have a great Vacation Bible School this summer--July 8-12.  The theme of our curriculum from Group Publishers is Life is Wild, God is Good.  Over the next few weeks, I'm going to share a a 5 part series based off the 5 days of VBS.  God is Good! Even when life is unfair, or is scary, or when life changes, or is sad, God is good! And when life if good, God is good.  Throughout the series, we will learn about the Exodus, when God delivered the Israelites from slavery in Egypt. Today, we learn how the Israelites became slaves; and we learn that even when life is unfair, God is good!  That’s not just something we say.  That’s what Scripture teaches. 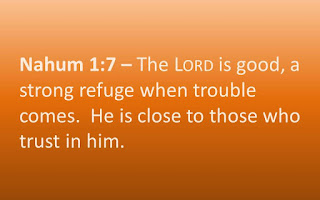 Nahum 1:7 – The Lord is good, a strong refuge when trouble comes.  He is close to those who trust in him.

Exodus 1:11 – So the Egyptians made the Israelites their slaves. They appointed brutal slave drivers over them, hoping to wear them down with crushing labor. They forced them to build the cities of Pithom and Rameses as supply centers for the king. 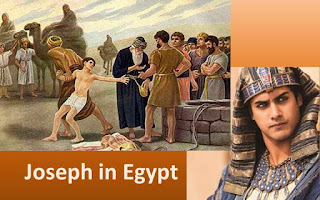 However, we must also understand that God’s story is infinitely greater than just our lives.  The beautiful tapestry of God’s master plan weaves through everyone’s lives and it spans across many generations.  The story of the Exodus is a brilliant example of God working out His plans in individual lives as well as across many generations of people.

Exodus is the second book of the Bible.  But perhaps you remember the story of Joseph from the first book, Genesis.  Joseph’s brothers were jealous and so they sold him into slavery in Egypt.  It wasn't fair, but God was still good to Joseph.  He gained favor in Egypt and eventually rose to be the second in command to Pharaoh.  God helped Joseph interpret a dream that prophesied Egypt would have 7 years of surplus harvest followed by seven years of famine.  And so Joseph led the Egyptians to store up extra food during the 7 good years so they would have enough for the 7 bad years.  His efforts saved thousands of Egyptians from starvation, including many of the people leaving around Egypt--even Joseph's brothers and their families who came to live in Egypt.  Life us unfair, but God was good.

The story of Exodus really showcases how God’s plans involve individuals as well as spanning across many generations.  God was intimately involved in Joseph’s life, but his plans weren’t just for Joseph, the spanned across 400 years and many generations right down to the Israelite slaves in Egypt.  God is at work in our lives in much the same way.  God is intimately interested in you and He is working out His plans for your life right now.  However, His plans are grander than just you.  In fact, God was at work 400 years ago in your ancestors lives, and His plans for them were setting things up for you today!  You probably don’t even know the names of your ancestors from 400 years ago, let alone their struggles, problems, suffering, and victories.  But God is good and He used even their suffering to be a blessing for them and for you today.

When Life is Unfair… God is Good! 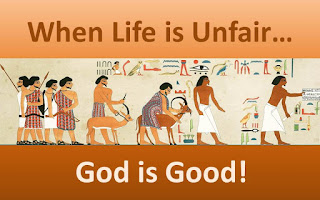 Life was unfair for the Israelites in Egypt.  Their ancestor, Joseph, was a brilliant, godly man who saved everyone in Egypt from starving to death.  But his noble actions and the favor it imparted to his people were soon forgotten.  New Pharaohs came to power who didn’t care and they became suspicious of the Israelites.  And they imposed harsher and harsher treatments.  Soon they forced the Israelites to work as their slaves.  It wasn’t fair.  But guess what:  life ain’t always fair, is it?

But guess what else:  When life is unfair, God is good!  The more the Egyptians persecuted the Israelites, the more God made them prosper.  They kept having children and growing families.  They continue to thrive, despite the harsher and harsher conditions.  They grew to be so many, the Egyptians were paranoid the Israelites would overpower them.  So Pharaoh decided to hatch one of the most evil plans you can imagine:  Every time a baby boy was born to the Israelites, they were to be drowned in the river.

But still, God was good.  God helped the Israelite midwives and the parents to find ways around Pharaoh’s horrible plans.  And Exodus 1:20-21 says, “God was good to the midwives, and the Israelites continued to multiply, growing more and more powerful. 21 And because the midwives feared God, he gave them families of their own.”

Principle – When life is truly unfair to you, understand it may be an opportunity for God to work tremendous good for you in hidden ways.  Difficulties make you stronger.  Trials make you wiser.  Suffering can draw you closer to God.  And remember, it is not just for you.  God is working out plans that span across generations.  Do you know that the trials and tribulations your parents and grandparents and great grandparents endured for generations, have brought you many of the blessings you enjoy in this life?  Memorial Day reminds us all of the sacrifices so many in our country made to guarantee the blessings we enjoy in the United States.  Was it fair that they should die so that we can celebrate and enjoy the blessings of God?  Still, God was good to them in ways we may never understand.  And God is good to us because of what they endured.  Life is unfair, but God is good! 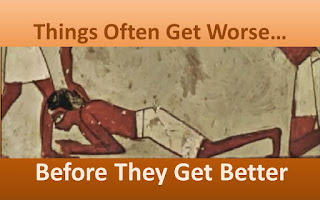 Things Often Get Worse Before They Get Better
When the time was right and God was ready to rescue the Israelites from the Egyptians, he chose a man named Moses.  In Exodus chapter 5 we read that God sent Moses and his brother to demand that Pharaoh set the Israelites free.  Do you think Pharaoh listened and let the Israelites free?  Of course not!  Not at first.  In fact, he did the opposite.  He made conditions even worse for the Israelites.  Pharaoh said they had to continue slaving away to make bricks, but he was going to provide the straw they needed; they would have to collect it themselves and still turn out the same number of bricks.  So the Israelites suffered even worse and they were really angry at Moses for stirring up trouble for them. 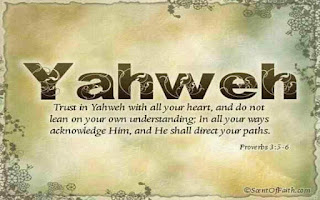 God is Lord
One of the great themes of the Exodus story is the Lordship of God.  In fact, the book of Exodus is really when God reveals Himself as “the Lord”.  When God first appeared to Moses in a burning bush in Exodus 3:15 He tells Moses, “Say this to the people of Israel: Yahweh, the God of your ancestors—the God of Abraham, the God of Isaac, and the God of Jacob—has sent me to you.  This is my eternal name, my name to remember for all generations.”

Yahweh is the proper name of God.  It is a difficult word to translate, but it is full of meaning.  In some sense, it means Lord.  But it is more.  It means “the eternal one, the existing one.”  It means “reality” as in “true reality”.  In other words:  What you think is reality is not really reality; God is reality.  God is Truth.  Our notions of reality are always skewed my our fears, our sins, our lack of vision and perception.  But God is THE LORD.  The Lord made it all.  He controls it all.  No one perceives the way things are as accurately as God.
When you think there is no hope, God says, “There is hope.”
When you think all is lost, God says, “I will save you!”
When you fear you will never be delivered from your suffering or struggle or whatever in this life enslaves you, God says, “I AM THE LORD.  I will deliver you!”

In Egypt, Pharoah was considered lord, like a god.  He said to Moses and the Israelites, “Who is you’re god?  He’s nothing!  You’re nothing.  I’m Pharaoh!  I’m like a god!  I have the power to enslave you or destroy you!  I even have the power to make you drown your baby boys in the river!”

And so, the stage is set.  A great conflict is coming between God and Pharoah to prove who really is the Lord?  Check back next week to hear more of the story.

Closing
But today, you have some questions to answer in your own heart:
Do you really believe God when He says He’s gonna set you free?
Do you believe God  is THE LORD and has the power to deliver you?
Do you believe and will you trust THE LORD, even if things get worse before they get better?

Life is wild.  God is Good.  Even when life is unfair, God is good. 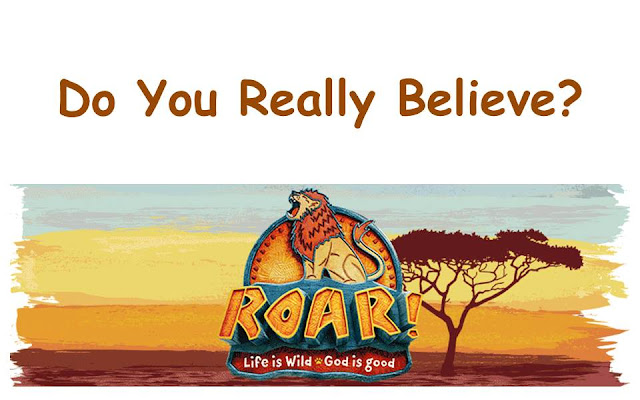