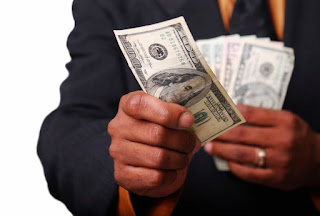 Read Proverbs 14
Wealthy people don't have much trouble finding "friends."  Everyone admires them for their interesting lives, their cool stuff, and what they might do for others.  The trouble wealthy people have is figuring out who's really a friend and who just loves them because they're rich.  What would happen if they lost it all?  Would their "friends" still stand by them?

Poor people don't have that problem.  They don't have much to offer in terms of material possessions or money.  They spend most of their time and energy just trying to make it from day to day; they don't have much left to give.  When a poor person comes around, they're probably not there just to say "hello" or see how you're doing.  They're probably coming to ask for help.  If you help, they probably aren't going to be able pay you back or return the favor. However, they probably will ask for your help again soon.  You can count on it and it can become very wearisome.

20 Everyone hates the poor, even those closest to them; but the rich have lots of “friends.”
21 God hates it when people look down on those closest to them, but He blesses those who give a hand up to the poor.
31 People who oppress the poor insult the One who made them, but people honor God when they give a hand up to help those in need.
The wise person learns to see people as God sees them and treats them accordingly.  Everyone--rich and poor--is a beautiful creation of God.  We must look beyond the glitter of wealth and the dirt of poverty to see the child of God who is beneath it all.  Love is sacrificial.  It's what you do for others not what they do for you or how they make you feel.  It's easy to love people who have it all together, but a wise person treats the poor with dignity and love because it honors God.