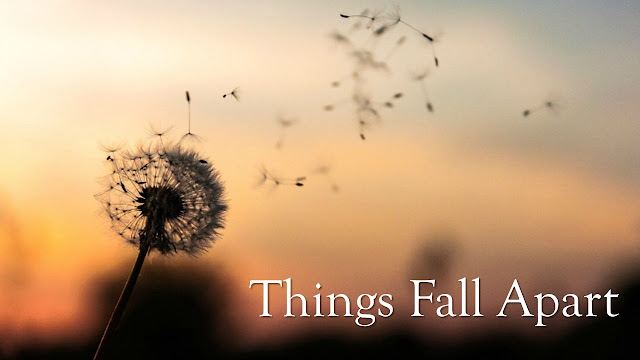 A long time ago, in a land far away…

A teenager named Joseph was full of God’s Spirit,

Which made him dream and showed Joseph the meaning of the dreams.

The dreams revealed a glorious future, but also great trouble,

Because even when God has great plans in store for us,

Joseph was gifted by God and loved by his father,

But Joseph was also young, spoiled, and arrogant.

His brothers hated him.  Their father, Jacob, loved Joseph more than them.

He showered Joseph with praise, cuddled him, and gave him special gifts,

Like the custom made, multicolored coat, Jacob had made just for Joseph.

The borhters hatred of Joseph was fueled by jealousy and by Joseph’s own egoism.

He never missed and opportunity to rub his status as the “golden child” in their faces.

But dark days were coming, because even for God’s people,

God's Salvation Story
It’s a story that goes all the way back to the beginning of time.  I’m not talking about the story of Joseph—that’s just one series of stories in the midst of the The Story—the story of God’s salvation of humanity.  No, I’m talking about, the story of how things fall apart.  Things have been falling apart since Genesis.  For God created a perfect world and He made a perfect Garden and He made people to be perfect and that’s why He gave them the ability to choose how they would live in this perfect world—because that was the only way to allow them the ability to love.

Love is always a choice.  It must be a choice.  You cannot will someone or force someone to love.  They must choose to love of their own free will.  That is the only way real love can exist.  And God loved His creation.  And God loved the people He made to be stewards of His creation.  And God hoped His people would love Him too.  But God could not make them.  He would not make them.  For He wanted their love—if they chose to love Him—to be genuine.

And to start with, the first humans did love God.  They obeyed Him when He said, "Do not eat from the tree of the knowledge of God and evil."  But then Satan, that crafty, deceitful, shamefully evil serpent slithered into God’s garden and tempted the first woman.  And she ate some of the fruit God told her she must not eat. And she also gave some to her husband and he ate.  And so that day they chose to love themselves and their own ambitions more they they loved God.

That was the first time things fell apart.  Sin entered the world.

God’s perfect world became corrupt.  His people became corrupt. You can read all the stories in the Bible.  Cain killed his brother Able and then people became more and more wicked until the only solution was for God to wash the whole earth clean with a flood.  He started over again with a man named Noah.  But even then, things fell apart.  Even as God actively works to save the world from sin, things fall apart—right up to this very day.

Who among us haven't experienced our plans falling apart during the COVID-19 pandemic?  I think everyone has.  It's almost impossible to plan.  School was supposed to start back nea the beginning of August, but then COVID cases surged adn they decided to push the start date back to August 31st.  However, we are now experienced enough to know that's just a target date.  We know things can change, because we live in uncertain times and things fall apart.

But where was I?  Oh yes.  The story of Joseph, a bright young man with a bright future.  But things fall apart... 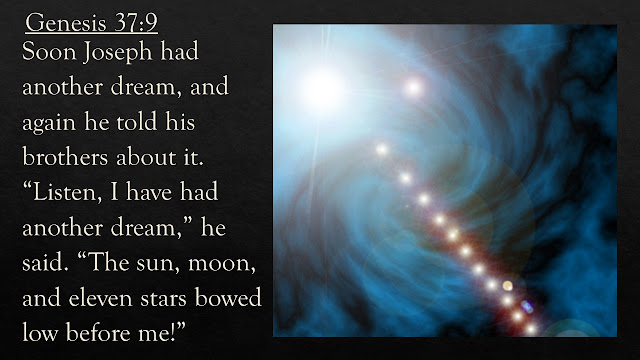 10 This time he told the dream to his father as well as to his brothers, but his father scolded him. “What kind of dream is that?” he asked. “Will your mother and I and your brothers actually come and bow to the ground before you?” 11 But while his brothers were jealous of Joseph, his father wondered what the dreams meant.

12 Soon after this, Joseph’s brothers went to pasture their father’s flocks at Shechem. 13 When they had been gone for some time, Jacob said to Joseph, “Your brothers are pasturing the sheep at Shechem. Get ready, and I will send you to them.”

18 When Joseph’s brothers saw him coming, they recognized him in the distance. As he approached, they made plans to kill him. 19 “Here comes the dreamer!” they said. 20 “Come on, let’s kill him and throw him into one of these cisterns. We can tell our father, ‘A wild animal has eaten him.’ Then we’ll see what becomes of his dreams!”

21 But when Reuben heard of their scheme, he came to Joseph’s rescue. “Let’s not kill him,” he said. 22 “Why should we shed any blood? Let’s just throw him into this empty cistern here in the wilderness. Then he’ll die without our laying a hand on him.” Reuben was secretly planning to rescue Joseph and return him to his father. 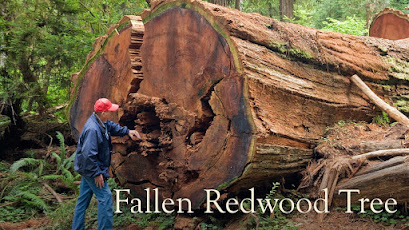 Fallen Red Wood Tree
Have you ever made really good plans, only to see them fall apart? I had some awesome plans to take my daughter to see the red wood forest in California.  It was to be a special trip in honor of her turning thirteen.  We were to fly out to Portland Oregon and spend several days driving down the Pacific coast and stopping in to see the redwood forest.  Then we would end our trip in San Francisco before flying back home.  The flights and hotels were booked and we were supposed to leave the last week of March.  And then COVID-19 shut everything down. a week or two before our trip.  Things fell apart.

Joseph’s brothers hated him and planned to kill him.  Reuben secretly planned to save Joseph.  He had a plan.  He hated Joseph too; but it’s one thing to hate someone.  It’s another thing to kill them.  Rueben didn’t want that.  Reuben had a plan to save Joseph, but it fell apart. 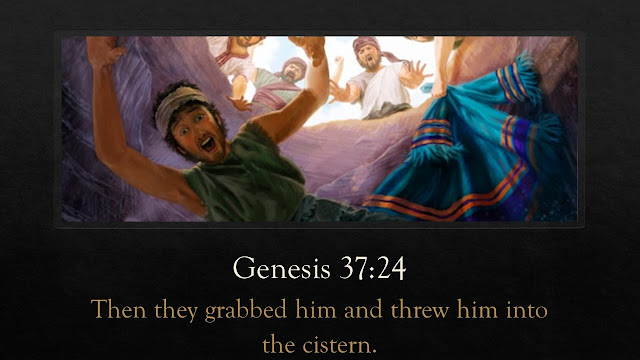 23 So when Joseph arrived, his brothers ripped off the beautiful robe he was wearing. 24 Then they grabbed him and threw him into the cistern. Now the cistern was empty; there was no water in it. 25 Then, just as they were sitting down to eat, they looked up and saw a caravan of camels in the distance coming toward them. It was a group of Ishmaelite traders taking a load of gum, balm, and aromatic resin from Gilead down to Egypt.

26 Judah said to his brothers, “What will we gain by killing our brother? We’d have to cover up the crime.[c] 27 Instead of hurting him, let’s sell him to those Ishmaelite traders. After all, he is our brother—our own flesh and blood!” And his brothers agreed. 28 So when the Ishmaelites, who were Midianite traders, came by, Joseph’s brothers pulled him out of the cistern and sold him to them for twenty pieces[d] of silver. And the traders took him to Egypt.

29 Some time later, Reuben returned to get Joseph out of the cistern. When he discovered that Joseph was missing, he tore his clothes in grief. 30 Then he went back to his brothers and lamented, “The boy is gone! What will I do now?”

31 Then the brothers killed a young goat and dipped Joseph’s robe in its blood. 32 They sent the beautiful robe to their father with this message: “Look at what we found. Doesn’t this robe belong to your son?”

33 Their father recognized it immediately. “Yes,” he said, “it is my son’s robe. A wild animal must have eaten him. Joseph has clearly been torn to pieces!” 34 Then Jacob tore his clothes and dressed himself in burlap. He mourned deeply for his son for a long time. 35 His family all tried to comfort him, but he refused to be comforted. “I will go to my grave[e] mourning for my son,” he would say, and then he would weep.

36 Meanwhile, the Midianite traders[f] arrived in Egypt, where they sold Joseph to Potiphar, an officer of Pharaoh, the king of Egypt. Potiphar was captain of the palace guard.

What a terrible waste!  Joseph was just about the same age as my daughter, who just started her first semester of college.  I think of my daughter—so young, so smart, so full of potential with a bright future ahead f her.  That was Joseph. God’s hand was upon him.  He was going to do great things through Joseph.  Then, this happened.

Who’s to blame for it all?  His brothers are to blame—for sure.  Their murderous actions were pure evil.  You should never hate someone.  Do you see where it leads?  I don’t care how much you hate someone, you should never murder.

Even so, Josephs brothers aren’t the only ones to blame.  Let’s be honest.  Joseph’s father is to blame too.  Jacob loved Joseph more than all his other sons.  And he didn’t even try to cover it up.  If Jacob had loved his sons all the same and treated them fairly and equally, they wouldn’t have been so jealous they wanted to see Joseph dead.

God still has a plan for Joseph.  God is omniscient, omnipresent, and omnipotent.  When things fall apart, God is still in control and He is still at work.  Some how, some way, God takes things that fall apart and turns them into something beautiful.  However, in order to see if and how God redeems this broken story, you’re going to have to come back for the next episode next week. 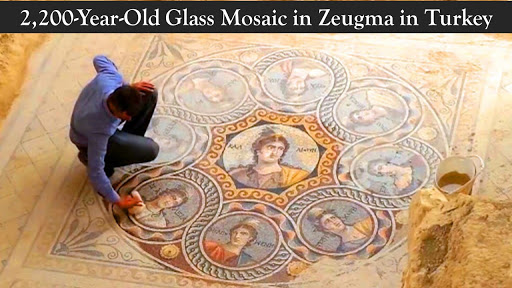 The Mosaic of Life

Some of the most beautiful art is created with mosaics.  A mosaic is a picture or pattern produced by arranging together broken pieces of tile or glass.  It takes incredible vision and artistic ability to make the most intricate mosaics, which may consist of millions of tiny broken pieces.  However, the results are stunning (as you can see in the picture above).

Our lives are like the broken pieces of a mosaic in the hands of God.  We see our plans falling apart.  We see only broken pieces, but God has a vision and plan.  He uses even the brokenness to make something indescribably beautiful.

God had a plan for Joseph. God has a plan for you.  And it doesn’t matter if you:

If your plans fall apart and you don’t know where to begin putting the pieces back together, trust God. God has a plan for you and nothing can thwart His plans.  Even if everything falls apart, God can put it back together in ways you can’t even imagine.

You will be tempted to either give up or try to glue the pieces back together yourself.

And when He does, it will be more beautiful than you can ever imagine.

Do you trust Him?  Will you let Him? 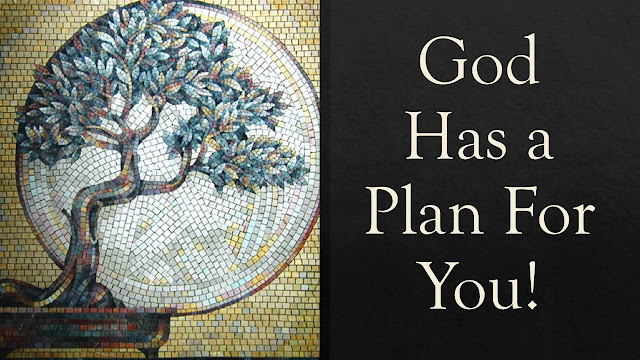